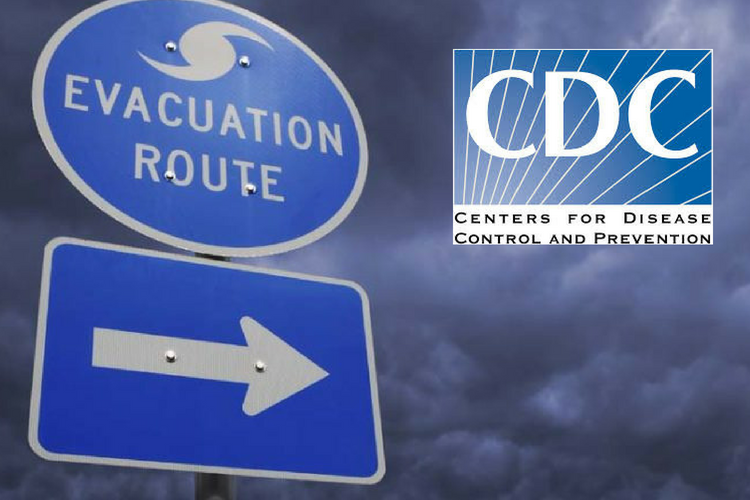 CDC Urges Californians to Evacuate the State Due to Uncontrolled Liberalism Epidemic
In a stunning recent development, the Center for Disease Control is admitting it’s powerless to control the raging epidemic of liberalism overtaking California, and is urging citizens to evacuate now. FEMA is on the ground in the hot zone near Berkeley, but locals have begun protesting violently, vowing not to cooperate, leaving rescue operations are at a standstill. Many of the locals were noted to be wearing earplugs so as not to hear the “truth” spoken from anyone who disagrees with them.

President Trumps Take on the Situation

Scientists are warning the disease is highly contagious and spreading rapidly. Early symptoms include an insatiable thirst for other people’s money, an alarming preoccupation with confusing gender-related pronouns, an unexpected lack of civility, temper tantrums, uncontrolled crying, spontaneous outrage, and acute irrational thinking.

Many retailers report difficulty keeping Kleenex facial tissue on the shelf due to increased demand as a result of all the crying, and suggest Brawny’s new “No-Gender” heavy-duty paper towels as a suitable alternative.  Amazon apparently blew threw similar products on Amazon Prime Day as Californians stocked up with the lower prices.

Governor Jerry Brown has finally agreed to accept Federal money to put National Guard troops at the border, but stresses the troops will only “face internally, towards the state only” and emphasizes that any troops who are unfortunate enough to be placed on the US/Mexico border will only “face North”.

The CDC: Shelters are in Place

Political profiling will be used to insure no efforts are made to restrict the spread of liberalism, but that “free thinkers” and “open minded Americans” will be taken into custody for questioning and electro-shock therapy.

Clothing manufacturers nationwide are flocking to California to capitalize on the insatiable demand for t-shirts imprinted with the image of President Trump having his head cut off, a top seller in the state. Governor Brown also warns, anyone caught wearing a “Make America Great Again” hat will be shot on sight and their body will be shipped to China to be converted into “food for Sushi”.

All criminals and gang members are encouraged to seek out designated Sanctuary Cities, as long as they aren’t found to be carrying drinking straws. Once there, they will be immediately given new driver’s’ licenses, voter registration, assistance with low-cost or free public housing, and shown instructional videos on how to use low-flow toilets. 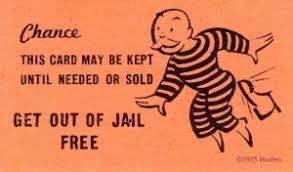 The most referenced card in the infamous game of Monopoly

Anyone without documentation will also be given a stack of 100 Monopoly “Get Out of Jail Free” cards, which shall be honored at jails and prisons everywhere in the state. The Governor has requested, however, that law enforcement be especially vigilant for anyone doing laundry, taking a shower, and watering their lawn on the same day, a crime that can result in immediate imprisonment.

Words of Support from Washington

In an emotional press conference, former Speaker of the House Nancy Pelosi said “Liberals are people too, and no attempts should be made to cure them without their attorney’s consent”. Choking back tears, she quoted Mark 9:11 in the Bible, saying “The spark of divinity that lives in all of us must be respected, particularly if that person is a Democrat”.

God was asked for comment but has yet to respond, although a large number of brown-skinned people claiming to be named “Jesus”, dressed in shabby clothing and without identification or money, have come forward claiming to be a vehicle for direct communication with the Almighty. Inconsistencies in their stories have prevented us from being able to report accurately on God’s purported responses.

Meanwhile, Fresno State University Professor and known “pot-stirrer”, Randa Jarrar, fresh off a failed audition for a reboot of the Rosie O’Donnell Show, took to social media to insist that all white epidemiologists should resign their positions immediately and apologize for being born.

A self-identified politically conservative student from Fresno State tried to tell the media that Professor Jarrar does not represent the feelings of everyone on campus, but was quickly surrounded by a group of activists wearing pink vagina hats and hasn’t been seen since.

At this time, Federal officials are citing this incident and telling the public that travel and free speech remain dangerous, but time for evacuation is running out. People are advised to read about the second amendment and to charge their cars fully before leaving home, while praying that they can reach a safe area before the batteries die.

To add a few extra miles to their journey, evacuees are encouraged to turn off their radios and air conditioners, but NOT to roll windows down, as the CDC has recently identified Liberalism as an airborne pathogen. At all costs, the uninfected are advised to avoid coffee shops, college campuses, bookstores, rallies of ANY sort, vegan restaurants and anywhere that serves “fancy” tea.

Is the End Near?

Researchers outside the state confirm research for a Liberalism vaccine is in overdrive and hope to have FDC approval just prior to the 2020 Presidential elections. Once on the shelves, vaccinating all children is strongly encouraged, regardless of the parents’ religious or political beliefs. This may stem the outbreak tide, but the California Department of Health says Medi-Cal providers won’t be allowed to administer the vaccine without sensitivity training, and only card-carrying Liberals have the choice to opt-out.

Uninfected Federal officials say they’re trying their best, but admit fleeing the state may be the only safe way to avoid immediate infection. For those left behind, they suggest alternatives such as buying a Chick-fil-A, Hobby Lobby, or Exxon-Mobile franchise, drinking Coca-Cola, joining the NRA, and starting a new hashtag campaign — #NotMe.