Home Political How the Government Shutdown is Affecting The Housing Industry 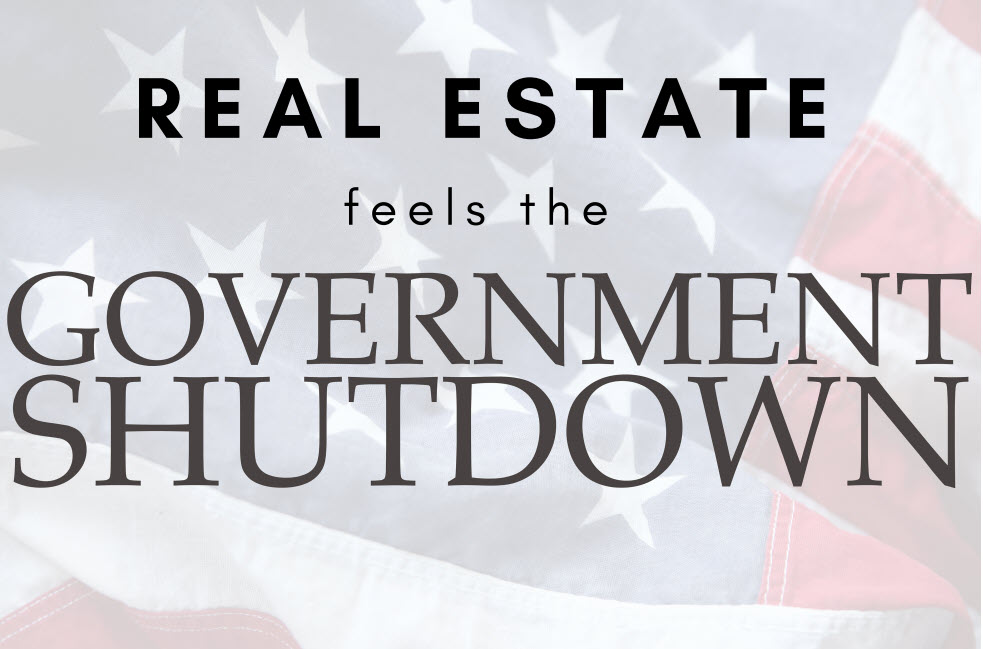 The Effects of the Government Shutdown on Real Estate

Home buyers across the nation are feeling the impact as the government shutdown as it pushes further into the longest Government shutdown in American history.  The shutdown began on December 22, 2018, and continues to cause havoc for federal employees and the public alike. Real Estate, generally seen as a major force in the overall economic outlook of the country, is starting to feel the pain too.  Where the 2019 real estate trends were more positive, experts feel the effects on the extended government shutdown could be massive. Federal agencies such as the HUD, FHA and the USDA, are severely understaffed and falling behind in the number of loans they can process.

As proven with the Great Recession, when the real estate industry takes a dive, so does the entire economy.  With real estate sales touching many businesses outside of the direct sale of a home, there is a ripple effect in the economy when a home is purchased.  It is easy to see the connection to local contractors, but the ripple effect goes much further.

Not only does a large sum of money get moved through the economy when a real estate transaction takes place but most new homeowners spend an enormous amount of money on many products such as:

Effects of the Shutdown on Real Estate

Although some markets are still seeing home prices continue to rise, we are starting to see parts of the mortgage industry back up.  Almost every home that is purchased is done so with a mortgage. It is common knowledge that the most common problem encountered by first time home buyers is securing the mortgage.  There are countless interconnections with the mortgage industry and the federal government.

The government shutdown is causing mortgage rates to drop making it a great market for refinancing and buying a home. The challenge is that, on the other hand, the influx of applications due to the low rates is further overwhelming an already overwhelmed system. Lenders and real estate agents across the country are preparing their clients to expect delayed closings.

Terrible Timing for a Shutdown

In the last quarter of 2018 the US housing market was struggling to regain momentum; however economists were optimistic for 2019 predicting a more stable market – but no one was expecting a prolonged government shutdown. The uncertainty resulting from the shutdown is hitting consumer confidence hard, according to Lawrence Yun, chief economist with the National Association of Realtors.

“For ordinary Americans, the shutdown adds to economic uncertainty about their future,”

“Buying a home is a high-anxiety transaction, and by adding another complexity to it with possible delays in [the transaction], it hurts the economy and hurts consumers.”

However the Housing for Urban Development, HUD website states that “with each day the shutdown continues, we can expect an increase in the impacts on potential homeowners, home sellers and the entire housing market.”

“A protracted shutdown could see a decline in home sales, reversing the trend toward a strengthening market we’ve been seeing.”

The Federal Housing Administration will continue to endorse certain loan products however the process could be slowed down as a result of the shutdown. Some specialized products will not be available at all due to a lack of statutory authority needed to originate them.

Whether the shutdown will delay loans in the pipeline from closing will depend on whether other aspects of the government shutdown affect lenders’ ability to verify borrower information and continue processing mortgages.

How The Shutdown is Impacting Buying a Home

The mortgage industry is further impacted by the shutdown with the disruptions of some of the functions the Internal Revenue Service and the U.S. Department of Agriculture have that affect home loans. Even now, with some IRS workers going back to work with promised pay sometime in the future, the system has fallen far behind and delays are inevitable.

Here is the good, the bad and the ugly for home loans.

Generally, a government shutdown is not going to impact processing home loans at these agencies as they are not government funded. However, to further disrupt the lives of our federal workers these lenders will be unable to get a verbal verification of employment their federal employers causing a loan approval to be denied or delayed.

Federal Housing Administration (FHA) and U.S. Department of Veterans Affairs (VA) have not historically been impacted by our government shutting down. However, with decreased staff, some borrowers may experience a delay in their closing due to the increasing backlog. VA loans are typically not impacted by a shutdown as VA staff are paid through borrowing fees and not the federal government.

Although the U.S. Department of Agriculture is temporarily calling back 2,500 workers, they will not be issuing any new USDA Direct Loans or Guaranteed Loans according to their website. Closings for Direct Loans that have already been scheduled are being canceled meaning some homebuyers may have to wait until the shutdown is over to buy their home.

Transcripts of tax returns (Form 4506-T) are generally required by lenders at the time of or before closing for income verification. The IRS program, called the Income Verification Express Service or IVES, was reinstated in January to allow home buyers to make these requests after it was suspended during the first few weeks of the government shutdown. The IRS said in a statement that lenders may still experience delays in IVES requests as they work through the backlog.

According to Bankrate.com’s latest survey of the nation’s largest mortgage lenders Mortgage rates fell in the first part of January, and home buyers and homeowners are taking the opportunity to get a lower rate on their home loan and refinance loans.

The benchmark 30-year mortgage rate fell to 4.63 percent, down from 4.68 percent a week ago. That’s the lowest average rate borrowers have seen since April 18, when it hit 4.58 percent. The benchmark rate peaked at over 5 percent in October.

Digital marketing agencies that specialize in real estate such as One Click SEO have reported a spike in real estate brokers and large teams spending more money on marketing.  If the shutdown continues for an even more extended period, advertising spending by real estate businesses may contract too. 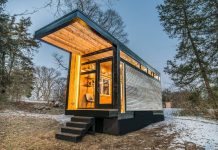