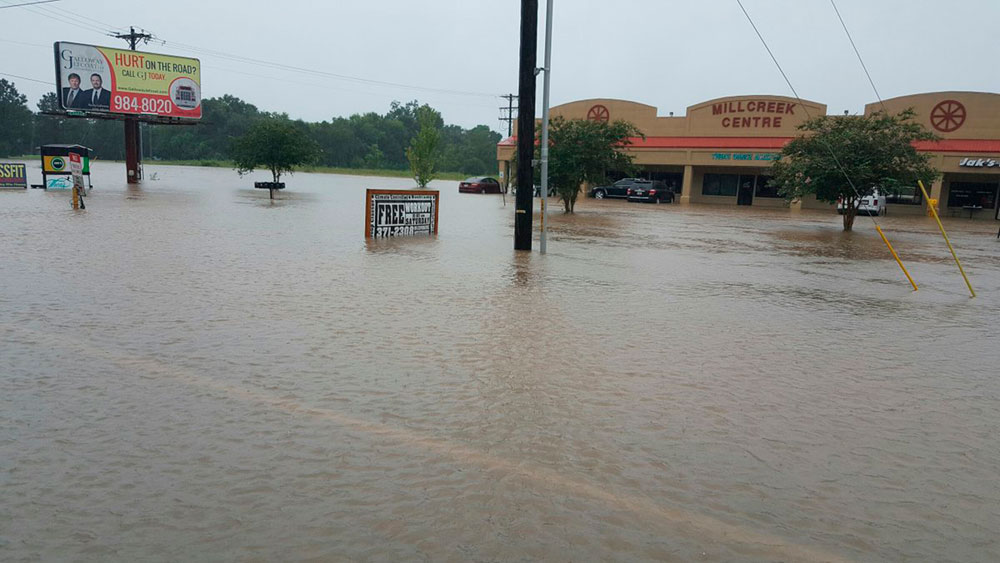 Louisiana has seen some of the worst flooding in the states history over the past 3 days. Since the flooding has started, President Obama has signed a Disaster Declaration on August 11th 2016 which lets Federal aid to start flowing to the affected areas of the state including the Parishes of East Baton Rouge, Livingston, St. Helena and Tangipahoa.  With the signing of the Disaster Deceleration, this allows grants for temporary housing and home repairs as well as low interest, emergency loans to help cover uninsured property damage.  This comes in very handy since many of the homes that have taken on water have never flooded prior and do not have any flood insurance. 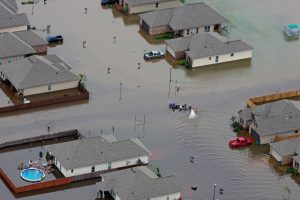 The extent of the Louisiana flooding is massive. Currently over 10,000 people are staying in temporary facilities in the Baton Rouge area with many more evacuated. As of today, the flooding has caused 5 deaths.  Celtic Movie Studios, a massive warehouse on Airline Highway in the city, is currently housing about 3,000 people on its campus alone.  Over 20,000 people have been rescued so far by the National Guard and private citizens.  Many residents are still stranded in their homes since the water has yet to recede.  Thousands of people were stranded in their automobiles on Interstate 12 since Saturday.  Only on Sunday were the National Guard and good seminarians able to start rescuing people by boat.  the Stranded motorists that have been rescued were brought to the Hammond Parks and Recreation Center.

Prior to the President’s deceleration, Louisiana Governor John Bel Edwards, declared a State of Emergency.  In a statement, Edwards stated:

“We are in constant contact with local officials and first responders, and assistance is already on the move to affected parishes. … The most important thing to remember is to obey road signs and to constantly monitor the news for updates to ensure everyone’s safety. Every available resource will be used to assist citizens as this situation continues to unfold.”

Louisianians Take To Their Boats 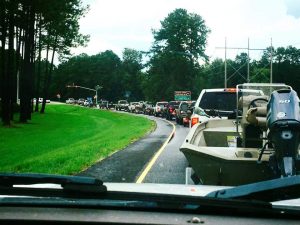 The scene on Monday morning was thousands of Louisiana residents traveling into the deviated areas with boats in tow.  As of Monday morning, private residents have rescued hundreds, possibly thousands of fellow Louisianians from their flooded homes.  Many of the good seminarians have traveled for hours from outlying cities to assist in the evacuation efforts. With the Governors Emergency Deceleration, over 1000 National Guard soldiers are on the ground in “search and rescue” mode.  In addition to the troops, the state of Louisiana has deployed 170 high water vehicles, 20 boats and five helicopters.  Many Louisiana residents are still stranded in their homes, without electricity or proper supplies.  As of now, thousands of people and hundreds of pets have been saved from the flood that seemed to “come out of nowhere” with over 21 inches of rain in 24 hours. As of now, it is estimated that over 20,000 residents and travelers have been rescued.