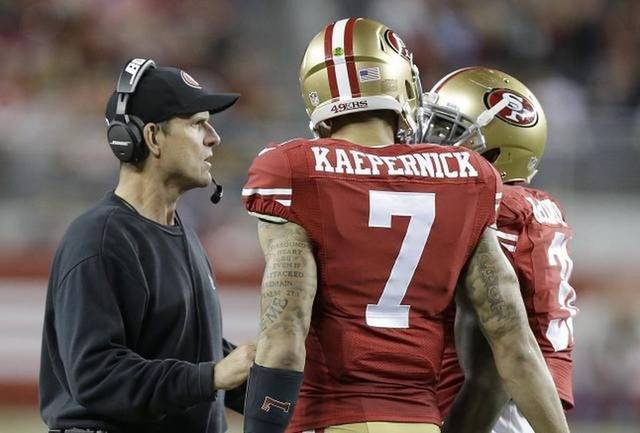 Colin Kaepernick has been all over the news recently for refusing to stand for the National Anthem at a recent NFL football game.  His protest has caused anger from some and others have backed his protest.  Regardless of where you stand on the issue, I think its important to remember that after a 28-20 loss against the Chicago Bears on Sept. 14 of 2015, Kapernick was fined $11,00 by the NFL for using a racial slur, “f***ing n***a/er” .

This simply begs the question:  Is all of this simply a publicity stunt?  Has Kaepernick really drastically changed from calling other NFL players “the N word” to being so distraught by the current state of society against the African American community within a year?

His statement on his protest:

“I am not going to stand up to show pride in a flag for a country that oppresses Black people and people of color, to me, this is bigger than football and it would be selfish on my part to look the other way. There are bodies in the street and people getting paid leave and getting away with murder.

To be fair, Kaepernick claimed that he didn’t call another NFL player “the N word”, but not only was it directly overheard by an official of the game, but caught on camera.

See The Video of Kaepernick calling another NFL Player The N Word:

At the point in the game, Kaepernick was flagged on the play for using the language by ref Laird Hayes, resulting in the 49ers 15 yards penalty for unsportsmanlike conduct.

Feel free to add your opinion on if Kapernick is in a position to stage such a personal protest considering his history.